There was once a smart, but selfish rat.

The rat always wanted to fly, but being born without the natural ability to fly, no matter how hard he worked, he never reached his goal. Due to his passion for flying, the rat befriended two eagles and came up with an idea. The rat taught the eagles how to fly next to each other while holding a branch between their talons. and the rat would hold the branch with his teeth and be able to fly with them. The day came and as the eagles took off with the branch, all the creatures of the forest saw the rat flying. As the rat was living his dream, another bird flew near them and said, “Wow, what you are all doing is amazing.”

But unfortunately, the rat could not contain his pride.  Instead of appreciating everyone’s contribution and enjoying the trip, he opened his mouth and fell as he said, “It was all my ideaaaaaaaaaaaa!”

The moral of the story:

Sometimes taking all the credit can make you seem like a rat.

If you liked that one, here’s another story about a young coach who learned the power of going from selfish to selfless:

There was once a coach in his mid-thirties.  He was struggling because his identity was caught between athlete and coach. Since he was still strong and fast, he often challenged himself to either lift more or jump higher than the athletes he was training. He grappled with his fighters and ran against the sprinters. His athlete side still pushed for competition while his coaching side asked for cooperation.

Although the coach was cornering fighters at the UFC and cheering his players from the sidelines of NFL and college games, there was one athlete from another sport who helped him to begin to move from selfish to selfless.

In college, the coach had been a javelin thrower. Although he had won some conference titles, he never felt he reached his potential. When he started training the track athlete to pursue his javelin dream, instead of comparison or envy, the coach began coaching the athlete with compassion and empathy. Rather than looking for something for himself, the coach sought only one thing for the athlete:

To help him surpass the coach in everything he did.

This new coaching mindset inspired him to pour everything into the athlete instead of holding something back. And on the biggest day of the athlete’s life, the coach finally learned the dream of a coach should be to help someone else have a dream come true.

Why that story is easy to remember is because I was that selfish coach. The athlete who helped me move further down my coaching path is named Bobby Smith. 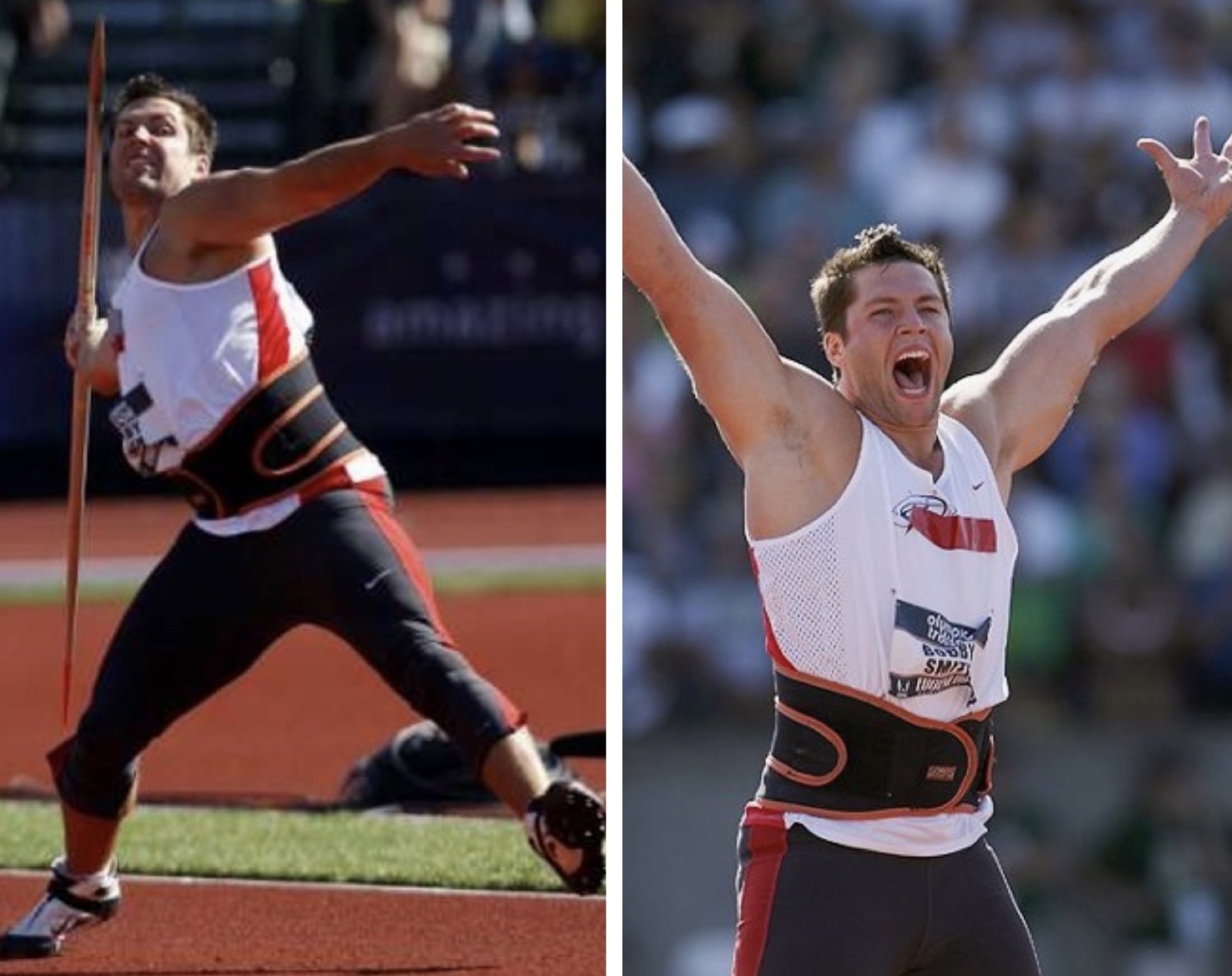 When people ask me about some of my “favorite sports moments,” none of them involve me throwing the javelin. But one at the top of my list is when Bobby won the U.S. Olympic Trials with a massive personal best that few believed was possible.  Bobby has told me that day was one of the best of his life, but it also a day I will never forget.  Until he reads this, he may think I was only helping him out. But here’s another coaching lesson he taught me that every coach needs to know:

Not everyone can make first place, but the coach can make everyone first.

I have heard that if you want to know about the effectiveness of your coaching, you should check back with your athletes in 10 to 20 years. Bobby and I have stayed in touch, and I’m proud to see the person he has become. Bobby has continued to succeed as a sports performance business owner, coach and parent too.

Athletes are often required to be selfish and coaches are expected to be selfless. But what about the athlete who finds him or herself as a new coach? Is there just some switch you flip and move immediately from self-serving to self-sacrificing? Is it easy to quickly go from being egocentric to altruistic or from competitive to compassionate?

I wish I could say the journey from athlete to coach is both easy and fast. But it isn’t. Coaches often coach the sport or event in which they were once athletes. This familiarity allows a coach to pass on their past knowledge and passion, but they can also still carry their past failures or pride too. In order to make the transition from athlete to coach, you must check your ego and remind yourself it’s about others, not just about you. That trip takes time, but I’m hoping this email helps speed up your transition from serving yourself to serving others.

As a coach, if you don’t make the right changes on the inside, you won’t take the right actions on the outside.  Simply put, you have to think like a selfless coach before you will act like one.  In order to help, here are five tips and questions to ask yourself to speed up the journey.

5 Ways To Move From Selfish Athlete to Selfless Coach

1.  Take off your own spikes and put yourself in their shoes.

It’s not easy to understand what people are feeling. I’ve heard coaching would be easy if it wasn’t for all the people. Empathy is feeling it with them. The better you focus on them, the better chance to help them succeed.

Question to ask yourself:  “How are they feeling right now?”

2.  Look for your meaning inside of their meaning.

Success on any journey is reaching the destination. Find out the meaning behind where they want to go and make it your meaning to get them there.  Ask them about their dreams – don’t assume they are the same as yours.

Question to ask yourself:  “How can I mesh my dream with their dream?”

Question to ask yourself:  “How do I want to be remembered as a coach?”

People aren’t known as great coaches because they were great at a sport.  They earn that title by making teams and individuals greater.  Turn the “M” upside down and make your “me” a “we.”

Question to ask yourself:  “How can I use what I know to make them better?”

5.  Be the coach you wish you had to take them further than you found them.

Too many coaches coach the way they were coached – they punish athletes just because they were punished.  Be a better coach by seeking a new contribution, not an old retribution.

Question to ask yourself:  “How can I be the coach they need?”

When you begin to live the answers to the five questions above, moving toward selfless doesn’t mean coaching becomes rewardless.  On the contrary, when coaching becomes something you do “with” someone versus “to” someone, experiencing success together can be even more rewarding than succeeding by yourself. The coach then learns the coaching paradox – to give really is to receive. Speaking of giving, here is one more story:

There once was a boy and his father walking on a mountain trail. They came across a large stone on the ground.

The boy asked his father, “Dad, do you think I’m strong enough to move that stone?”

His father replied, “Sure, but only if you use all your strength.”

The boy tried his best to lift or roll the stone, but it didn’t budge.

Disappointed, he said, “You were wrong, dad. I’m not strong enough.”

“Are you sure? Try again,” replied his father.

The boy tried again, but the stone did not move.

Finally his father said, “Son, I said it would move only if you used all your strength.”

“No you didn’t,” replied his father as he delivered the lesson. “You didn’t use all your strength because you didn’t ask for my help.”

The boy smiled, asked his father to help and they moved the stone together.

If you’ve enjoyed these coaching lessons and would like to learn over 50 more stories I discovered on my coaching journey, you need to read Coach to Coach and the sequel High Ten.

Both books are more than just a series of tips about being a better coach or a leader. They are easy-to-read and remember parables I compiled to make your coaching and cultures stronger.

With over 500 5-star reviews and tens of thousands of copies out there helping coaches, parents and business owners around the world, your copy is waiting for you.

The lesson from the final story is a coach lends his or her strength to help someone else getting the job done.

I hope you use the strength I share in the books to help more people.

Throwing you a big High Ten, 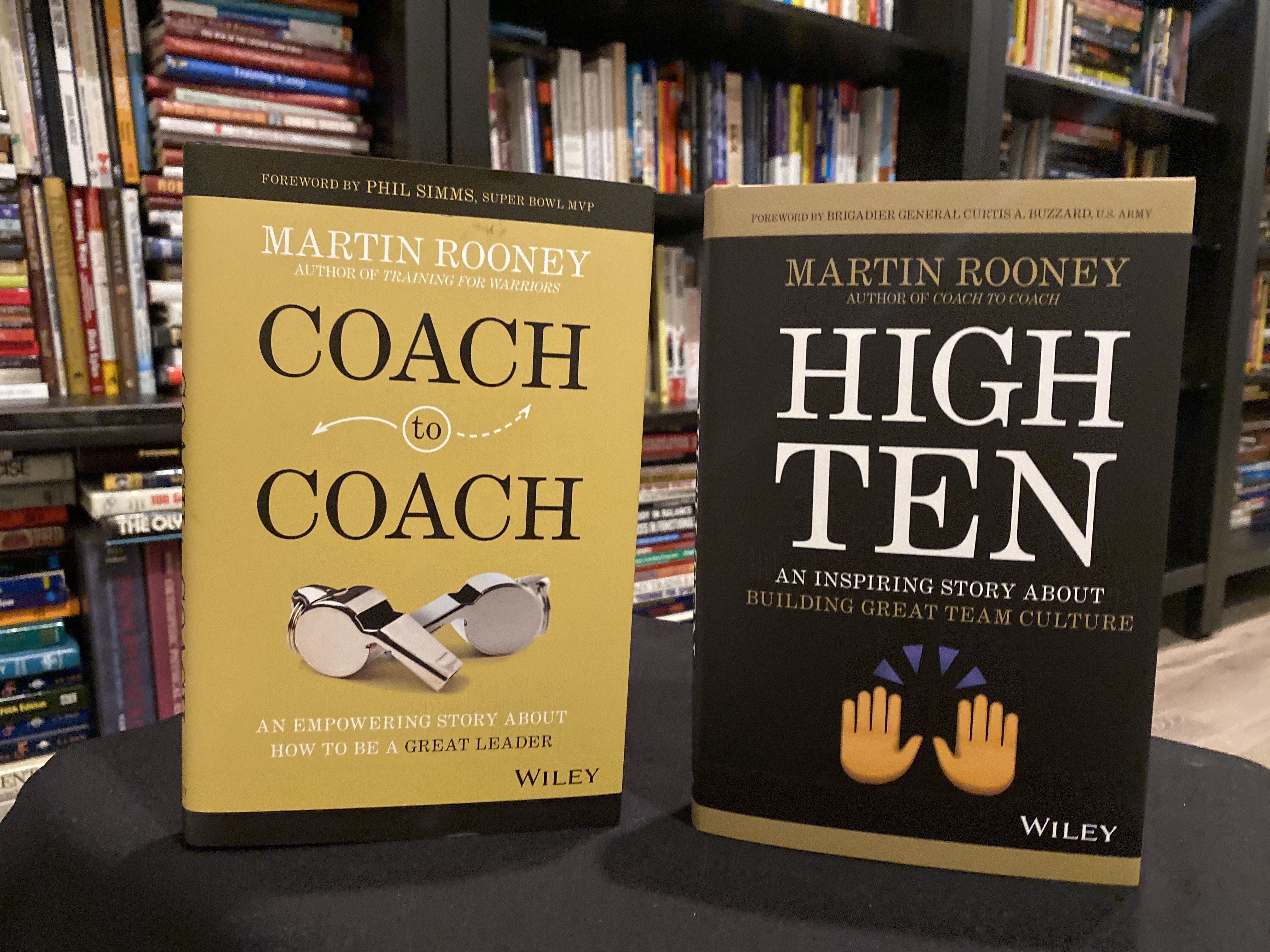