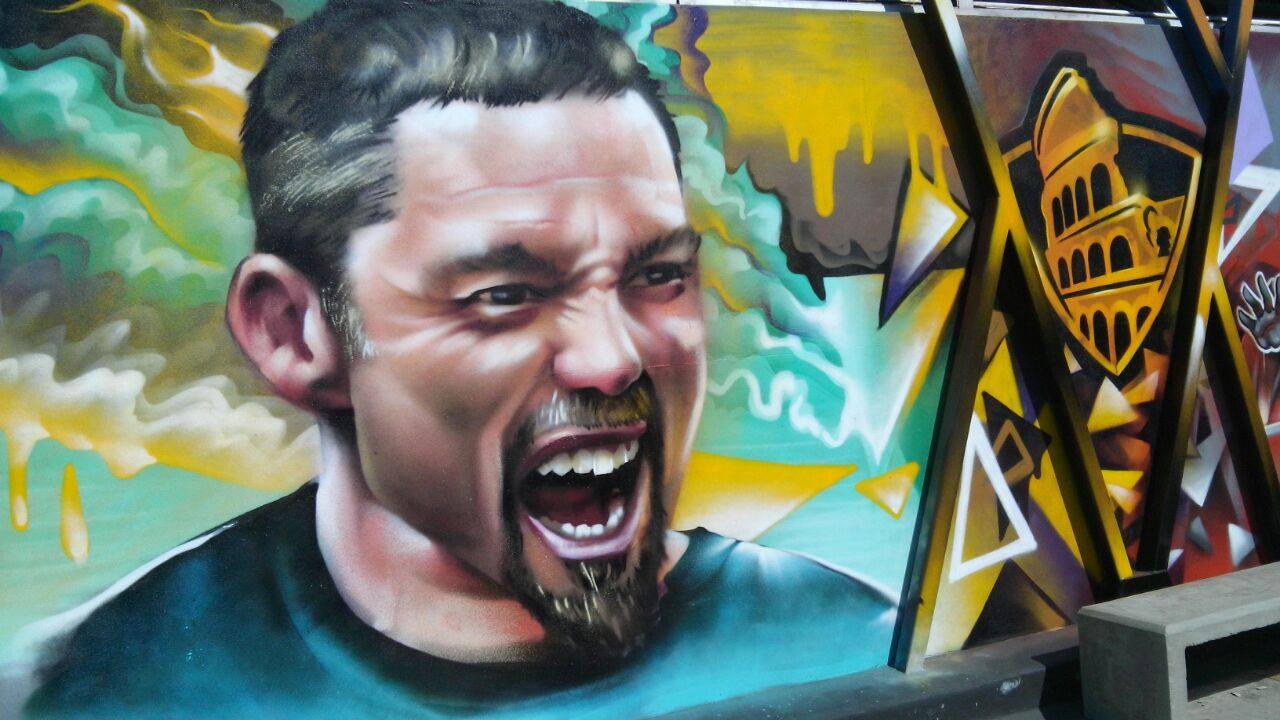 In my last blog, I told you about my steps for overcoming the “No’s” you may receive in your life.

Yes, I shared the success story behind how I got famous people behind my new book Coach to Coach, but I also said something important that you may have missed:  Sometimes, no matter what you do, you are going to get some “No’s.”

Life, after all, is a series of rejections.

Your life, therefore, won’t be determined whether you get some rejections. The outcome will be a result of what you do after that rejection.

The successful people of the world didn’t get less rejection from life.  In fact, they often got a lot more.  They are often just a little more successful than the rest because they never gave up until they eventually succeeded.

Lesson:  Rejection is only final if you allow it be.

What do I know about rejection?  You might think because I have a new big book coming out with a top publishing house that my life is rejection-free.  Well, not only am I going to show you all the rejections I have received in my writing career, but also how I overcame them so you can learn to move on after the next rejection life throws at you.

Although you may be familiar with my first best-selling book Training For Warriors, you may not know it got a bunch of rejections before it ever found a major publisher.

In fact, the process of overcoming rejection after rejection for the book took almost three years until someone was finally interested in listening to what I believed the book could do.

During those two and a half years of rejection:

I was told I was nobody.

I was told my topic wasn’t interesting.

I was told there wasn’t an audience.

I was told I didn’t have a big enough platform.

I was told I wasn’t going to cut it as a writer.

And anytime I thought about giving up, I reminded myself there were a lot of authors who had experienced the same rejection until they had broken through.  In fact, when you look at the interesting “Author Rejection Halls of Fame” below, many of the top authors you may recognize, would never be household names (and a reason you had to read in high school!) if they had given up after the first 10 or 20 rejections!

Carrie by Stephen King was rejected 30 times.  His wife actually pulled it out of the garbage after the 30th rejection and submitted it again to finally get a publisher!

Anne Frank’s amazing The Diary of a Young Girl was rejected 15 times.

A Wrinkle in Time by Madeleine L’Engle was rejected 26 times.  Did Oprah know that before she made the movie?

Gone with the Wind by Margaret Mitchell was rejected 38 times.  Tell that to Scarlett O’Hara!

The original Chicken Soup for the Soul from Jack Canfield and Mark Victor Hansen was rejected 144 times!  Imagine if they gave up at 100.

Just like the authors listed, for my original book, I didn’t give up.  I kept pushing and finally I got a publisher to believe in what I knew would work.   Training For Warriors was finally signed and published.

Finally after years of rejection:

I was told I was a somebody in my industry.

I was told I had an interesting concept.

I was told had a big enough audience.

I was told I had a large enough platform.

Interesting fact: most books don’t sell 1,000 copies in their lifetime.  Now over 10 years of being an officially published author at a major publishing house, my books have sold almost 250,000 copies and as an author I am considered a winner.

So, I tried for a second book and guess what?

I GOT REJECTED AGAIN!

I was told my idea couldn’t be done.

I was told I wasn’t qualified.

I was told the project would cost to much.

Through the process, whenever I would think about giving up, I would remind myself of the other authors who kept going:

One of my favorites from high school, Lord of the Flies by William Golding was rejected 20 times.

Joseph Heller’s Catch-22 was rejected 22 times. Sounds like irony to me!

Dr. Seuss’ first book, And To Think I Saw It On Mulberry Street was rejected 27 times.  I wonder if he had a poem for that experience!

John Grisham’s A Time to Kill took 28 rejections.  Sounds like he did have time to kill after all!

I kept pushing forward.  My second major book Ultimate Warrior Workouts not only got signed and led to a three-year project of me traveling around the world, but it also went on to be another Amazon best-seller too.  And because of that success, for my third book, I tried to cross over to a new audience.

I GOT REJECTED AGAIN!

I was told it wouldn’t work.

I was told I didn’t have traction with this audience.

I was told women didn’t want to be warriors.

Through the process, I would remind myself that if I wanted to be a writer, it was almost a rite of passage to experience rejection.  In fact, after learning the following, I started to believe you can’t consider yourself a successful writer if you haven’t first be rejected:

Gertrude Stein submitted poems for an incredible 22 years before she finally got one published!

Robert M. Pirsig’s Zen and the Art of Motorcycle Maintenance was rejected 121 times.

George Orwell’s Animal Farm was rejected because “there is no market for animal stories in the USA.”   Two of my daughters have read it for school recently thanks to Orwell not giving up!

And the ultimate Rejection Hall of Fame inductee:

Then welfare recipient and now Billionaire J. K. Rowling’s Harry Potter and the Sorcerer’s Stone was rejected 12 times and she was told “not to quit her day job.”

If J.K. could do it, so could I!  So I kept pushing until Warrior Cardio became a reality and another best seller selling almost 50,000 copies and being printed in multiple languages.  And because of that success, this past year I wanted to do something new.  Something more impactful.   Something I had not done before.

And in order to sell my latest book Coach to Coach I had not forgotten all the lessons from my three previous series of rejections.

This time, I knew what “they” would say.

This time I imagined the rejections I would receive and wrote a 20 page proposal that overcame them.

This time, I had the book cover designed and finished.

And when I sent it all to the biggest publisher, this time THERE WERE NO REJECTIONS! 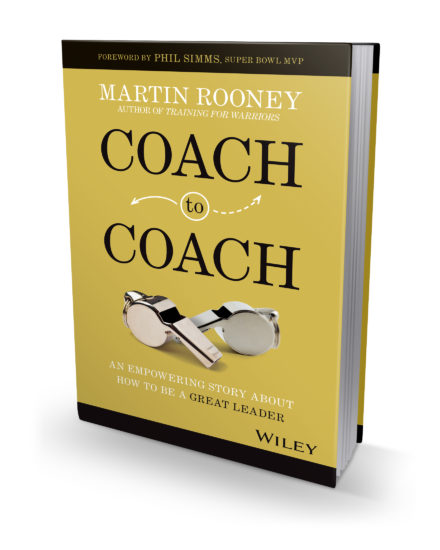 Where is an area you have been rejected?

Did you let it stop you or are you going to keep going?

What rejections are you letting stop you?

Are you not smart enough?

Don’t have the education?

It’s not the right time?

You never did that before?

You had the wrong parents?

They are all lies and it is up to you if you are going to believe them.

But after 35 years of training, my strongest anatomy aren’t my biceps, it is my “thick skin.” How thick is your skin?   To help you thicken it, here is my simple 5- Step system for dealing with the next rejection that comes your way:

1.   Anticipate there will be rejections.

2.   Develop solutions for the rejections you anticipate.

3.   When you get them, don’t let rejections stop you, let them teach you.

Put those steps to work.  I dare you!  If you learned anything from my message and the stories of the authors above, the greatest thing you ever do might be right after you push forward in the face of your next rejection.

Next time you get rejected, don’t get upset.  Get excited.  The best is yet to come…

“Why do I talk about the benefits of failure? Simply because failure meant a stripping away of the inessential. I stopped pretending to myself that I was anything other than what I was and began to direct all my energy into finishing the only work that mattered to me.” – J.K. Rowling

Coach to Coach is my masterpiece.  Not just in writing, but in what I have learned about overcoming rejection.  After 20 years of writing and rejection, I know I finally got it right. I am not sure if Coach to Coach will be bigger than Harry Potter, but I know how you can help.

Please purchase a pre-sale copy or two at the link below.  And please tell a coach you know that could use it.

How To Get Your Free Bonuses and Coaching Education

P.S. If you want more inspiration and want to hear these emails come to life, check out my Into The Roar Podcast.